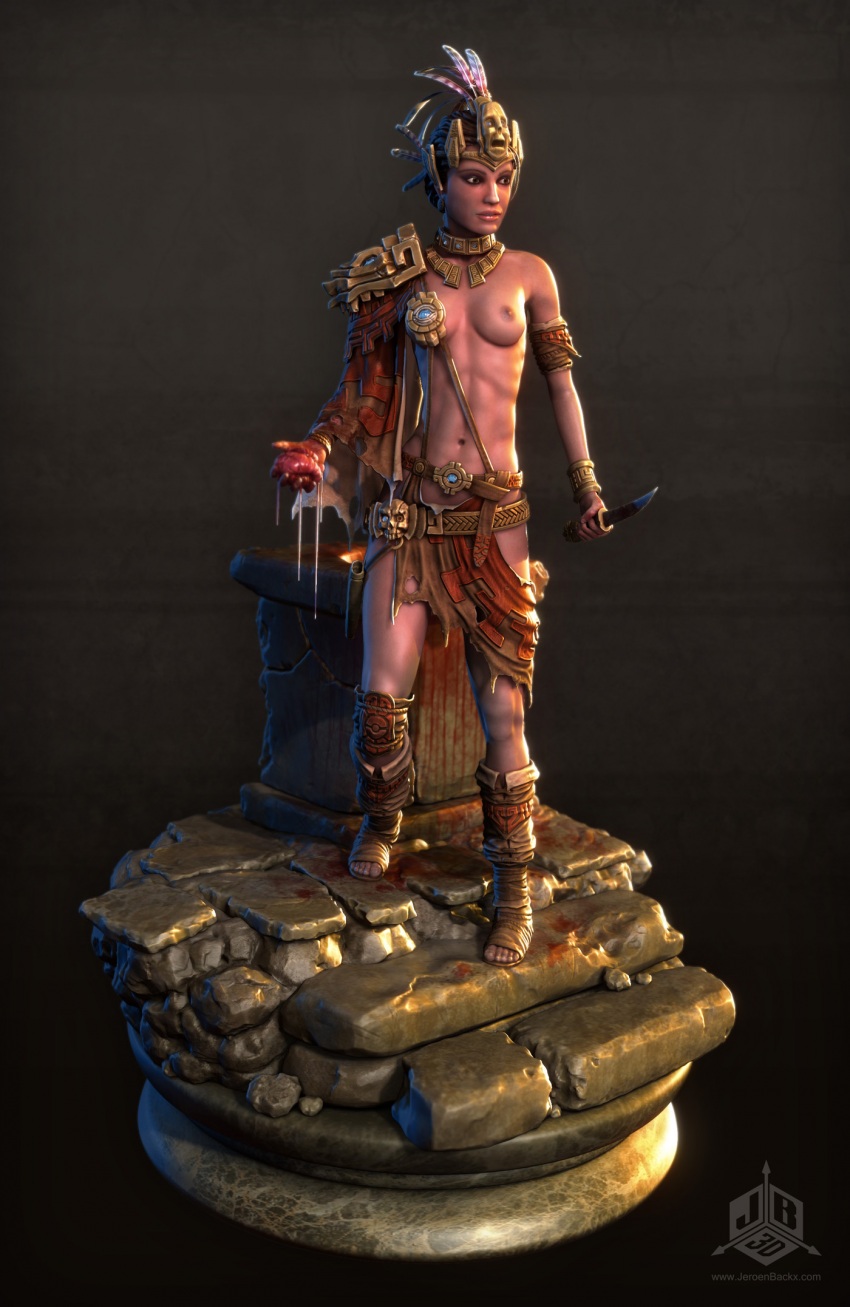 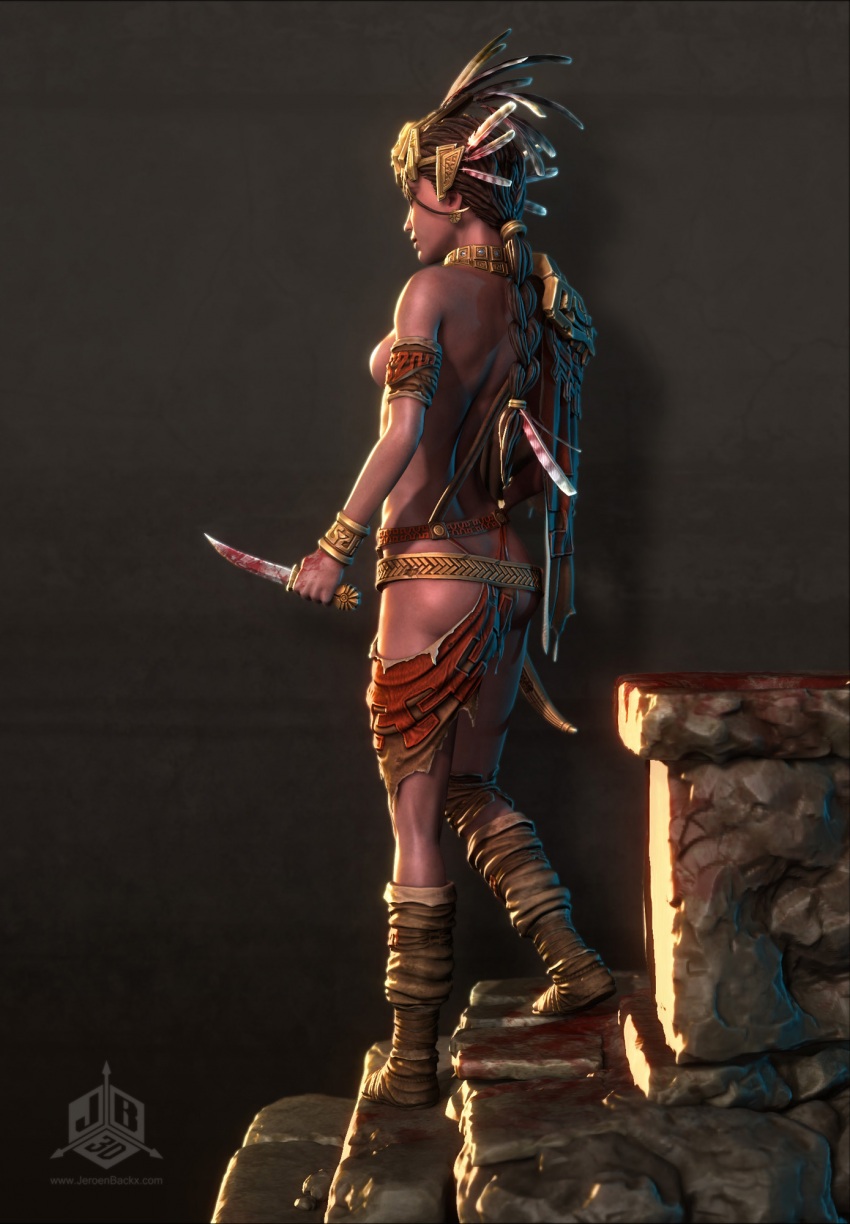 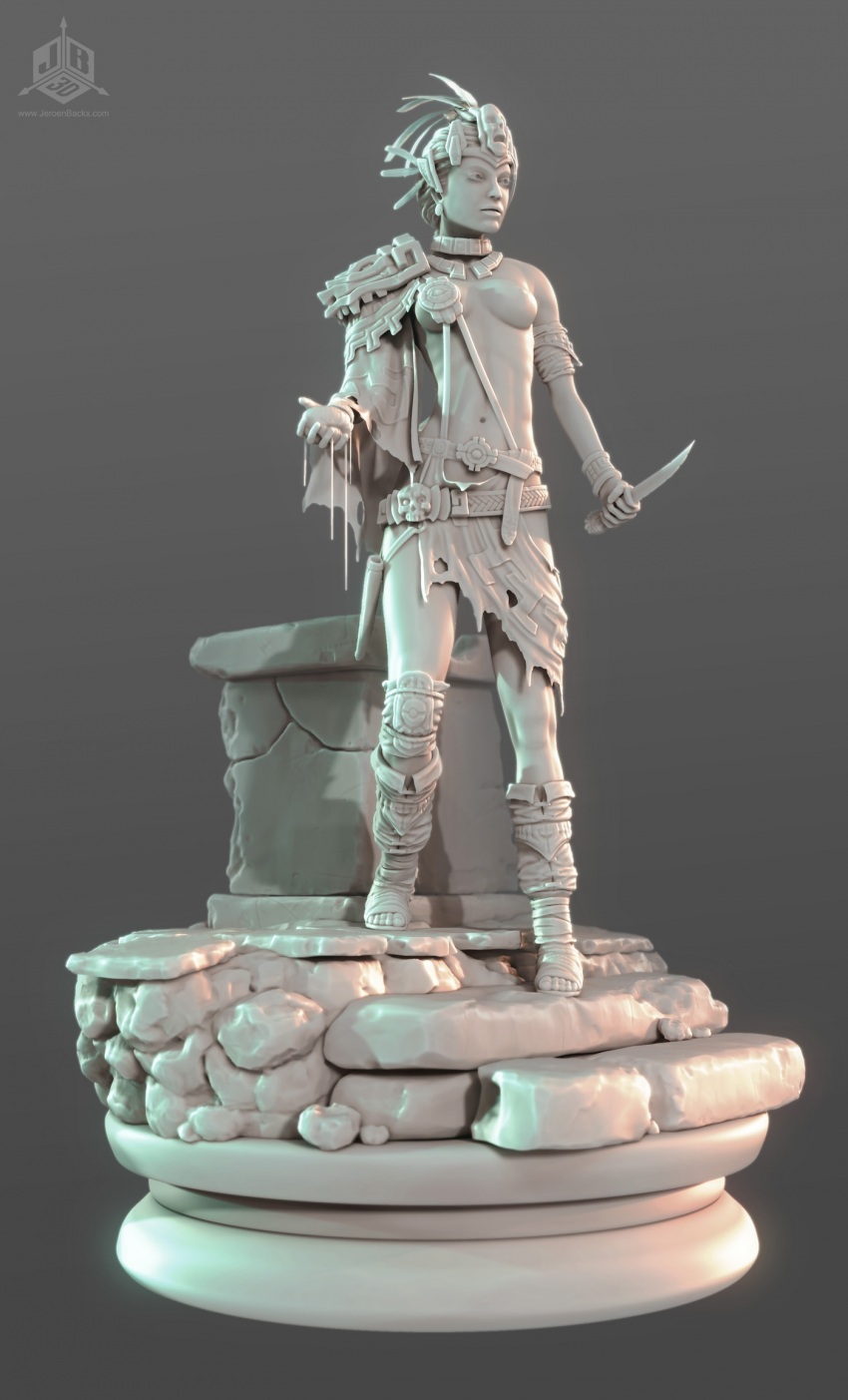 The sun god demands tribute and this Incan Priestess of Sacrificial Rituals will gladly oblige. Every night she claims the beating hearts of as many “lucky” devotees as she deems necessary to ensure the sunrise. Often handpicked at her whim, she especially favored young men who could not help but admire her stunning beauty, as their hearts would beat the most vigorously. The last thing they would see would be her eyes, and the last thing they feel would be her lips, her dagger, fear and arousal.

By our modern standards we would deem her practise evil or barbarous but her contemporaries all agreed she was fulfilling a tragic but necessary act. Or at least, that’s what everyone emphatically agreed upon in open discourse… otherwise risking becoming a divine snack.

The base mesh was created in 3d Studio Max. The mesh was then imported into Zbrush and given detailed. Many parts were also created in Zbrush from scratch such as most of the clothing and jewelry. The model is polypainted in Zbrush and compositional layers were rendered from there to import into Photoshop where I blended the various lighting passes to create this result.